Menu ⇓
2014 bought the latest evolution of the festival of luthiers which started at St. Chartier before moving to Chateau d’Ars, and is now Le Son Continu. This year I was particularly excited because of the chance to meet Marcus Weseloh and try out his MidiGurdy. 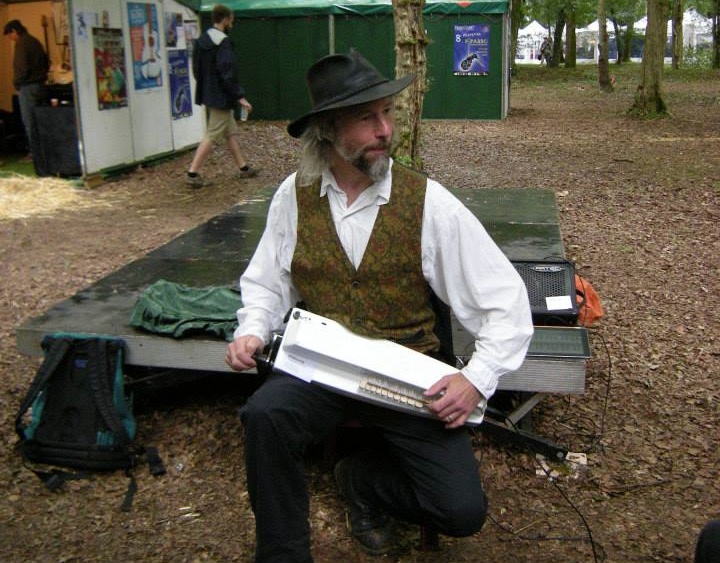 MIDI-enabled hurdy gurdies are not a new idea; Neil Brook has constructed several, from electronic-acoustic designs with MIDI hardware layered over a normal instrument (below left) to more radical designs with hurdy gurdy keyboxes attached to synthesizers (below right, photo courtesy R.t. Taylor). Apparently Robert Mandel and Paolo Coriani have also constructed MIDI gurdies, but it’s quite difficult to track down photos or information about them. 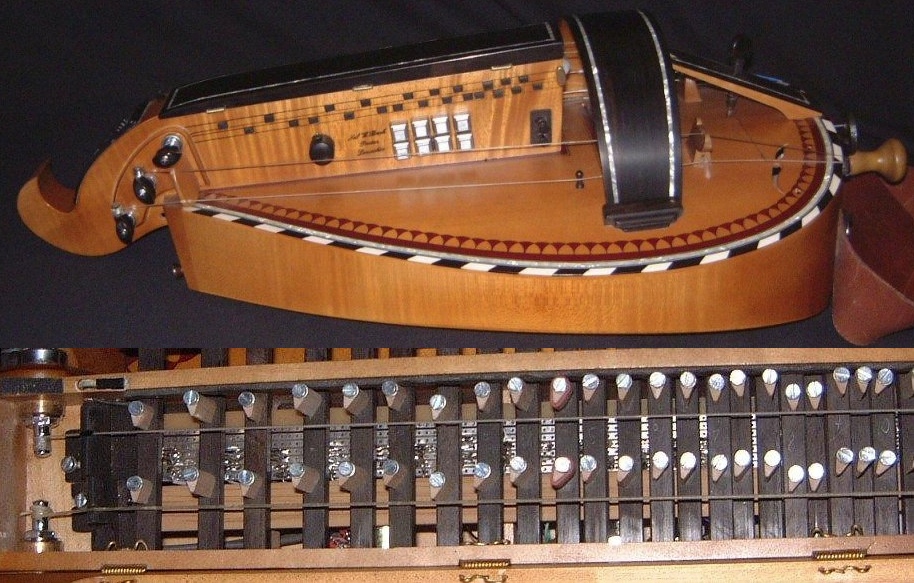 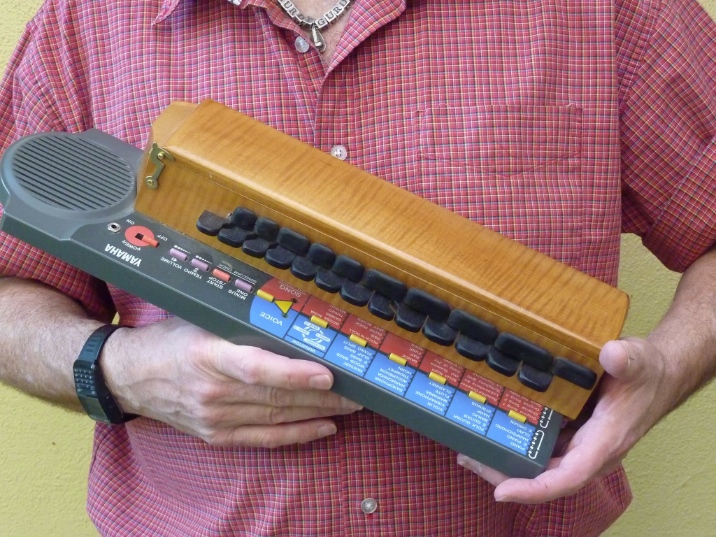 I’ve not personally played any other designs, but was immediately impressed by Marcus’ implementation. Even as a prototype it is extremely well put together and feels very close to an acoustic gurdy, with the majority of important details (for example keyboard-wide pitch bend) faithfully reproduced.

The hardware consists of an MDF body housing electronics, a plastic keyboard with a fake string inside which serves double duty of simulating the feel of an actual gurdy keyboard, and allowing pitch bend to be measured, and a crank with a small internal wheel upon which an adjustable friction brake acts, somewhat simulating the friction of the strings against the wheel, but not so much the wheel’s inertia.

The keyboard’s action is easily fast enough for the majority of ornamentation, and feels a little light due to plastic construction and one string, but not very far removed from a conventional keyboard. By default it simulates a hurdy gurdy keyboard in that only the highest pressed key sounds, but there’s no reason why other keyboard setups could be simulated, e.g. playing unison strings with removed tangents, or even just treating it as a standard synth keyboard, allowing for the playing of chords. 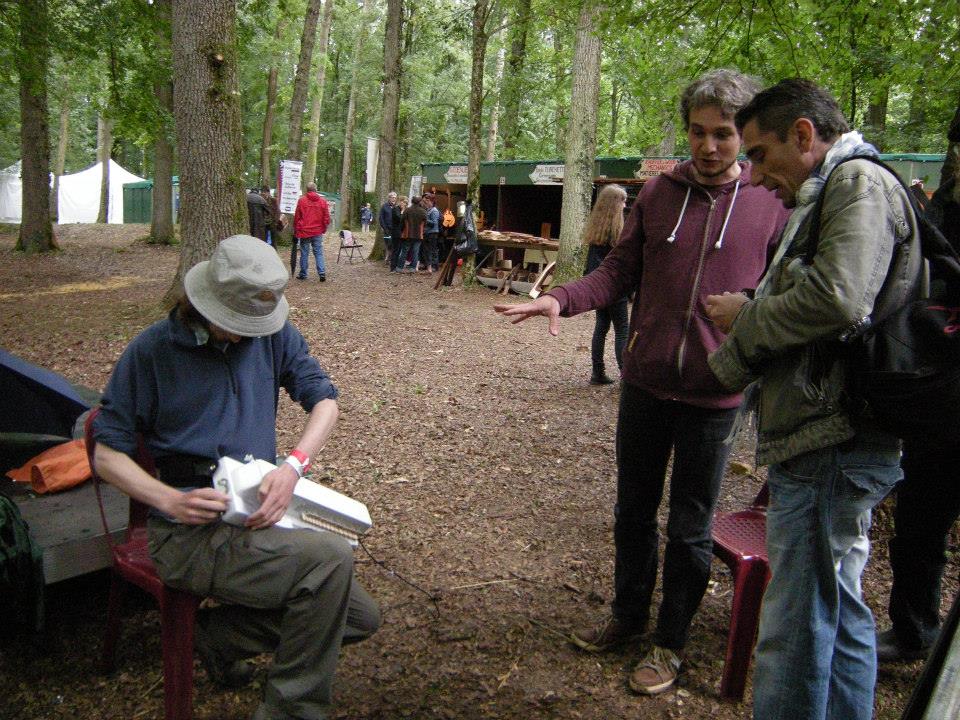 I try out the MidiGurdy whilst Marcus and Thierry discuss something (hopefully not my playing technique.) Photo courtesy Bridget Halpin.

When I first tried playing, the right hand action did not feel quite right — further playing revealed that the change in volume caused by a change in wheel speed was proportionally more than on an acoustic gurdy, especially a regular playing speed. I mentioned this to Marcus and by the second day he had fixed it. The only other issue with the crank is the lack of the flywheel effect heavy wooden/synthetic gurdy wheels have — the friction brake only simulates the friction of strings against the wheel, requiring a tight grip of the knob for playing the coup de six. Otherwise, the trompette response is excellent — the fact that the only thing to critique is the lack of inertia speaks for how well built it already is.

The prototype has few hardware controls other than the ones for playing — a rotary encoder adjusts the trompette sensitivity by default, and the instrument or string pitch if rotated when holding down certain keys.

Despite the mediocre quality of the sound samples which were being played at Chateau d’Ars, from a distance you had to concentrate to realise that it wasn’t an acoustic instrument being played. With more effort put into recording excellent samples and adjusting the playback software to most accurately simulate the technicalities of gurdy playing (for example trompette sound changing with speed, ADSR envelopes over string sounds, ability to touch-bend notes, tapping, etc.) the MidiGurdy in a band setting could be indistinguishable from acoustic instruments.

And simulating acoustic instruments is only half the fun — applying hurdy gurdy technique to synthesised or sampled sounds could open up interesting new potential for performing electronic music live, not to mention the potential educational benefits of visualising playing data in real time.

MidiGurdy is an idea who’s time has come, and has found the right person to implement it.