[biquad~] clicks and pops when changing coefficients, which is annoying when they’re coming from the [filterview] UI. The best way I found of smoothing them was to alternate between two biquad~ objects and crossfade between them over 3ms. This approach, while a little cludgy, is probably generalisable to a lot of similar Pd situations where smooth transitions are desirable. 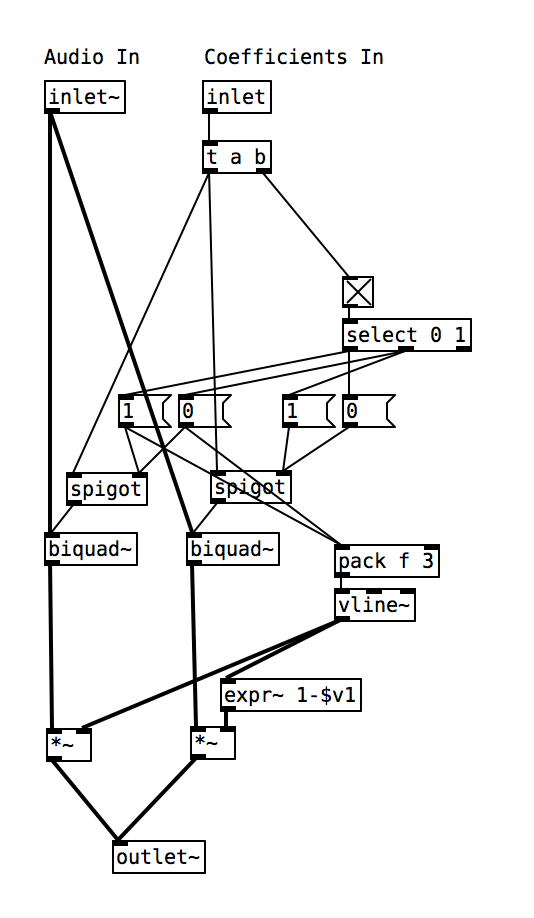