Doing some prototyping+testing for the next MIDI-enabled gurdy board: 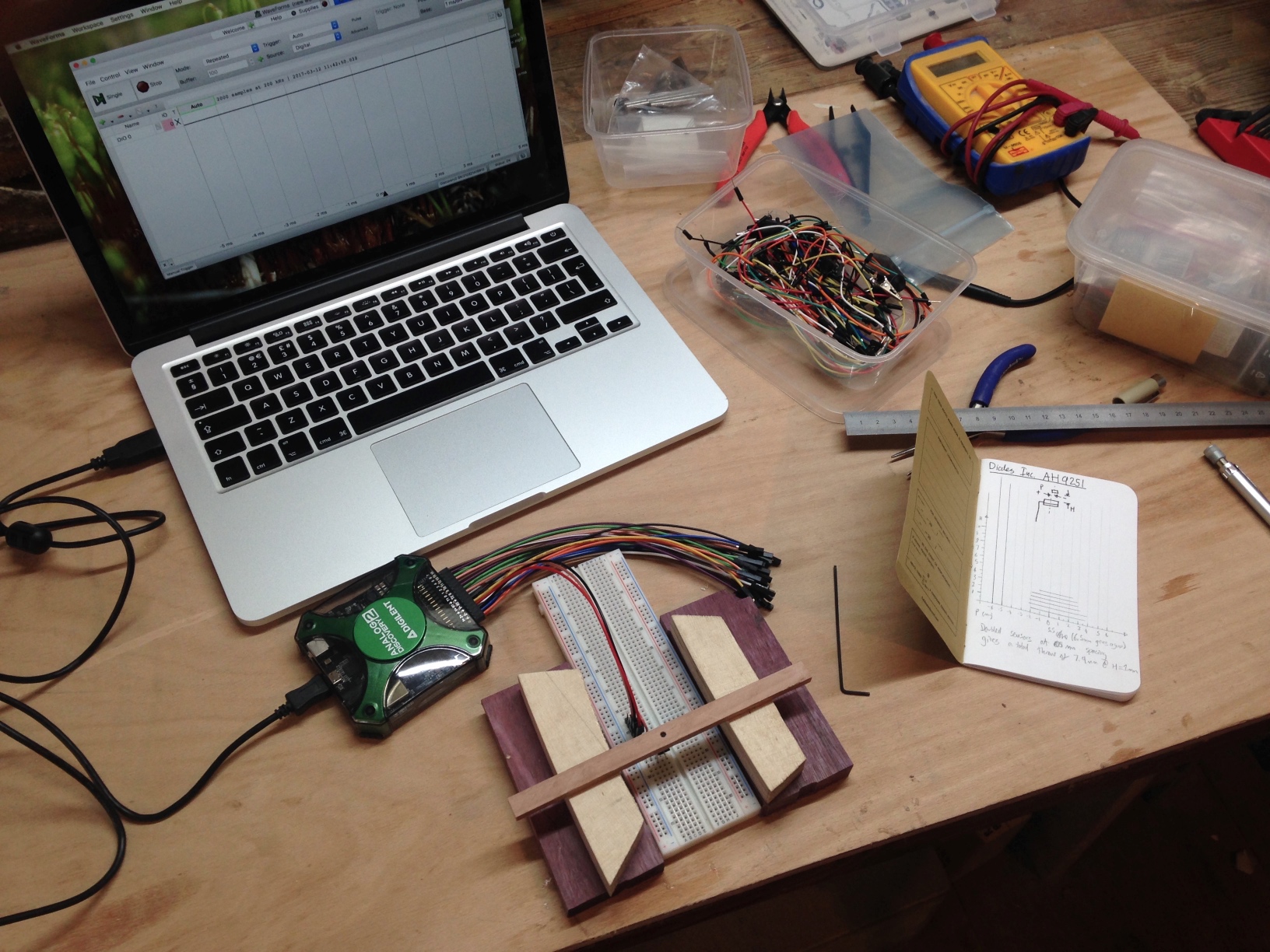 My current approach is an Arduino (Genuino) Uno with a custom made board with a line of hall effect sensors, and the various other boards plugged into the Arduino. It works, but there are various problems — wiring the whole thing together is a hassle; the limited I/O on the Uno requires me to multiplex the sensors, introducing delays; hand-soldering through-hole sensors means they’re all in slightly different positions; and a single line of sensors isn’t enough to cover the whole throw of a key, resulting in notes turning off when they’re bent too far.

I heard about emsproto.com and was initially considering designing a board containing the sensors and microcontroller myself, and having it built, but after drafting up a very simple one-component test board and seeing that there’s a base cost of €200 per board for PCB and assembly, I decided on another approach.

The next version of the board will be a custom designed sensor and breakout board with two rows of surface-mounted hall effect sensors, into which I can plug a Teensy 3.5, removing the need for multiplexing, vastly increasing the speed at which the system can run, and opening up various possibilities like easy-to-implement USB-MIDI support.