I built a Shruthi XT! 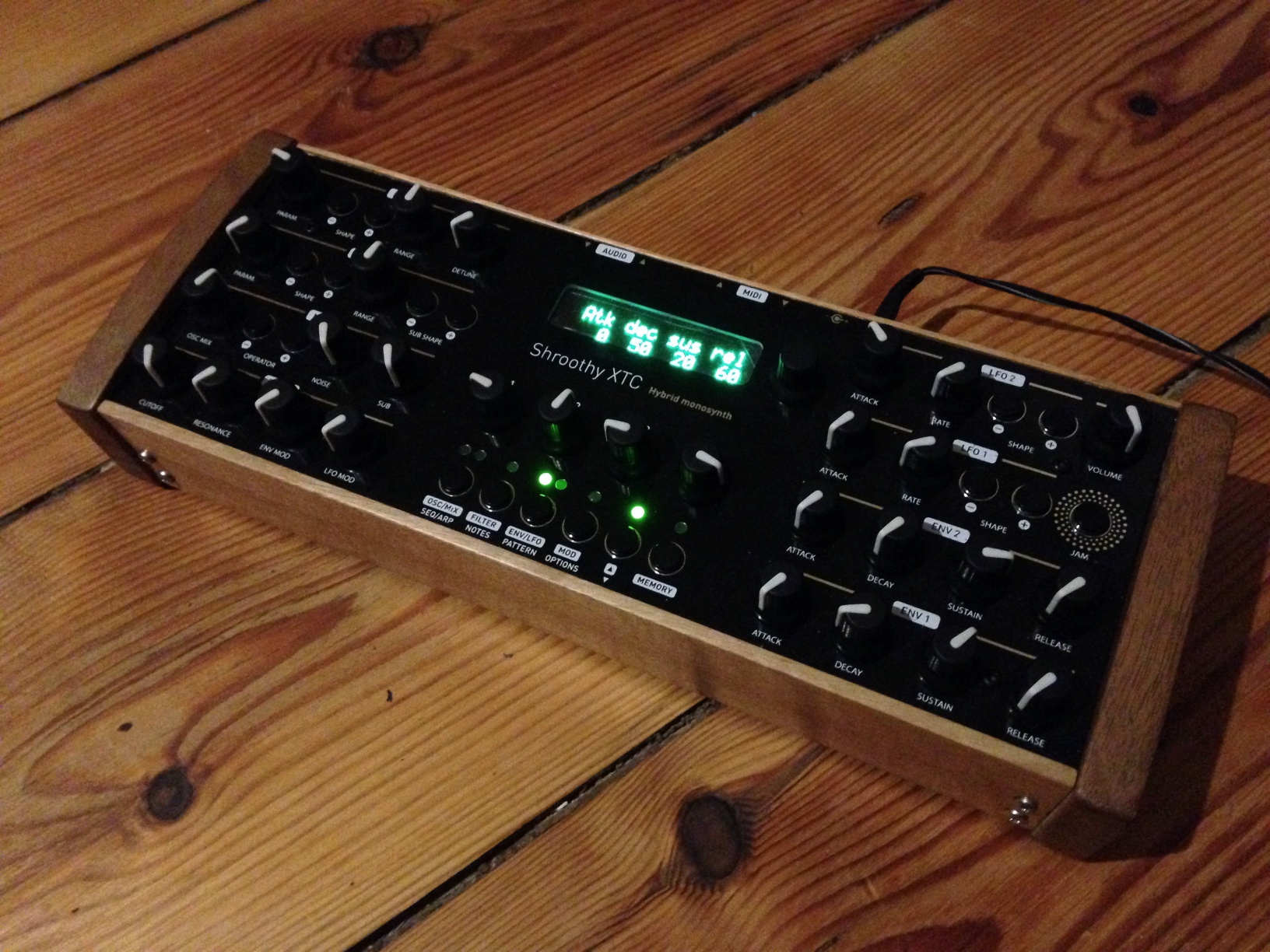 The circuit boards and panel were group bought with the Pusherman facebook group, I ordered the components from Mouser, and built the case myself out of walnut left over from a dulcimer build.

I used the BOM from the Shruthi XT build page, with Mouser’s BOM import tool. Generally everything worked fine with a couple of caveats: it auto-detected the wrong encoder (the horizontal mounting version of the same model) so I had to order another one. The MIDI sockets it found were also different, and had a metal spring on the outside which I had to remove in order to get them to fit the case.

Watch out when soldering the board-to-board connectors! I put them on the wrong way round the first time and had to remove them, which was tedious.

On my future MI builds I’m going to try using Bourns PTV09 potentiometers instead of the Alps ones on the BOM, as they cost significantly less and should be approximately the same quality.

I built the SMR4 MkII filter board but am going to upgrade to the 4 Pole Mission as soon as I get the board and components for it (along with boards for an Ambika, and a normal size Shruthi to inherit the SMR4…)

Overall I’m very impressed with the synth! It sounds great and is a lot of fun to make sounds with, although it’ll take me a little while longer to get to grips with all the features and wavetables.

If you want to get into DIY synths, but skip past the “circuit which makes bleeping sounds” straight to “professionally usable synthesizer” I’d definitely recommend building a Shruthi.