One particularly cool feature of the Shruthi is being able to set the mixer mode to seqmix and have the control values in the step sequencer determine which sound sources are active on each step. The problem with this is (or, was!) that, even with the clever binary-based approach for determining how combinations of sound sources map to hexadecimal (0-15) values, it’s incredibly hard to remember the mappings.

I spent an hour or so trawling through the synth code, and documentation for the LCD module, before managing to create a version of the software which, when the mixer operator is set to seqmix, replaces the 0-f step sequencer view with a two-line visual step sequencer, where the four lines from bottom to top represent osc2, osc1, sub and noise* 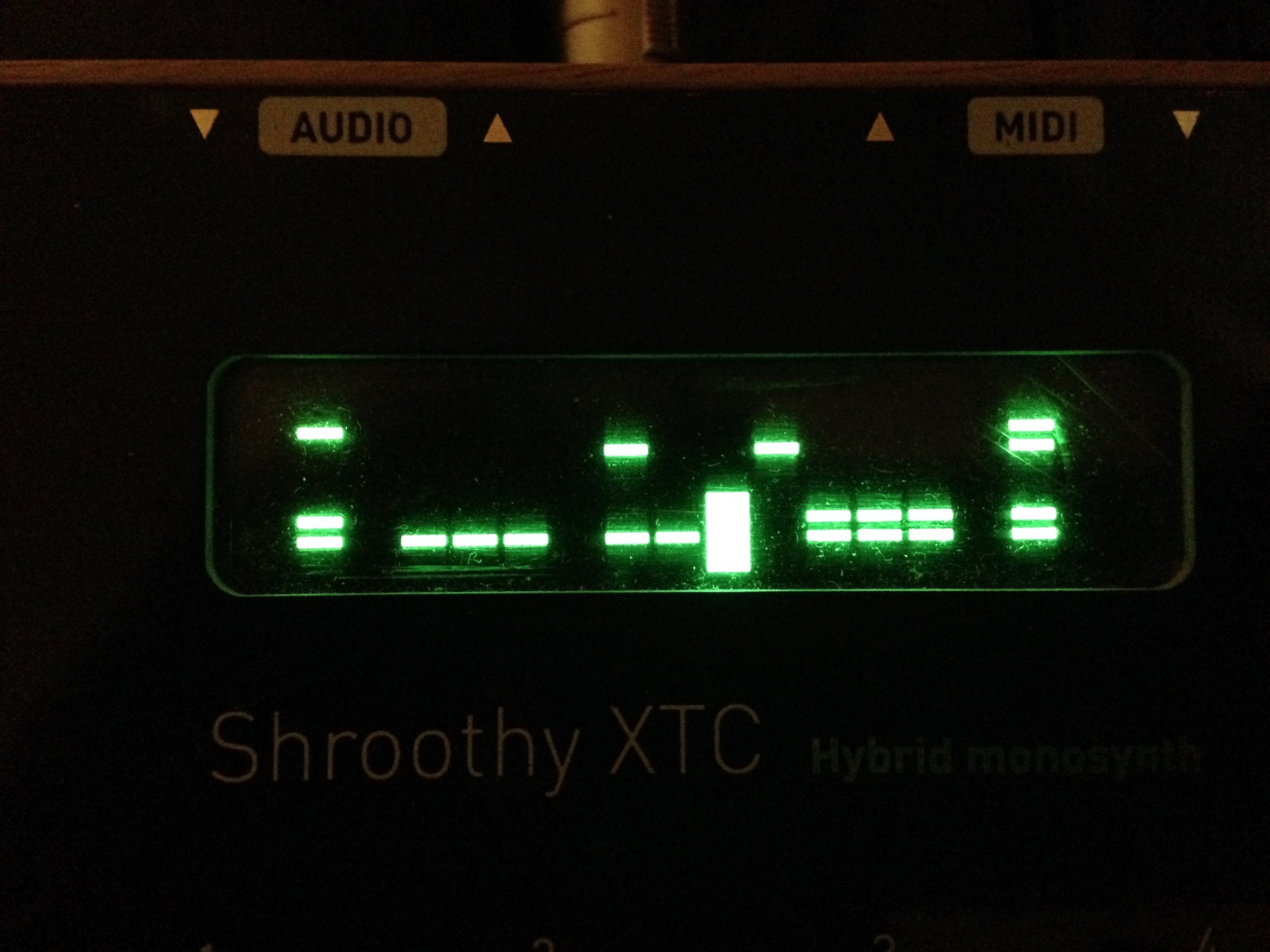 The controls for the view are exactly the same as before, i.e. pretty unintuitive, but this visualisation of the sequence data makes designing patterns way easier than before.

Here’s the software, as .hex and .syx for flashing or SYSEX dumping:

I originally wanted to have this view all on one line, by creating sixteen custom characters, one representing each combination of sound sources by a bar of pixels. Unfortunately, the HD44780 LCD module only supports eight custom characters, and the Shruthi already defines all of them. I got around this by spreading the display over two lines, reducing the number of characters needed to four, and taking advantage of the “=” default character as the “11” character, and the blank space as the “00” character. I then replaced the two decorative custom characters used on the Shruthi splash screen with single bar characters based on the “=” for “01” and “10”. Finally, in the Editor::DisplayStepSequencerPage function in editor.cc, I made a conditional block based on the state of part.patch().osc[0].option (the non-intuitive location of the mixer operator), displaying the two-line visual view if it’s set to OP_PING_PONG_SEQ.

This is the first of several UI upgrades I plan on making to the Shruthi firmware, depending on how much I can tolerate working on old embedded code in a language I barely know!

*according to the shruthi manual, osc1 and osc2 should be the other way round, but that’s how it ends up working so I accepted it as it is.